Way back in November I talked the Sailor into driving us on our first mini road trip to Enoshima. A quick 15 miles away or if you’re from the midwest, about a 40 minute drive in decent traffic, that included a few highways and tolls. For those of you not in the know, the Japanese drive on the left side of the road so, driving out in town can feel a bit awkward for us since we’ve been driving on the left side of the road for 24 years up until recently. This also makes the fact that the Sailor was down for the adventure that much more interesting. With the help of google maps, I navigated us out of the city and onto the highways. By the time we got to Enoshima, the Sailor’s initial traffic anxiety has calmed and we were able to find the Enoshima Aquarium parking garage without issue.

Saisho stop, Enoshima Aquarium. The aquarium sits right on the beach and has pretty hefty variety of indigenous fish from Sagami Bay and the Pacific but, what they are known for is their awesome collection of jelly fish which is what I was most interested in checking out.

The aquarium is split into 12 zones that include: 1. Sagami Bay Zone, 2. Deep Sea part 1, 3. Jelly Fish Fantasy Hall, 4. Pacific Ocean, 5. Research by his Majesty Akihito, 6. Jelly Fish Magic, 7. Penguins and Seals, 8. Deep Sea Part II, 9. Sea Turtle Beach, 10. Beach Experience Hall, 11. Dolphin Show Stadium and 12. Touch Pools. Catching a look at everything without waiting to see one of the shows took just under 2 hours. If we had kids that wanted to spend time at the touch pools or waited to see one of the shows it would have taken probably double that. 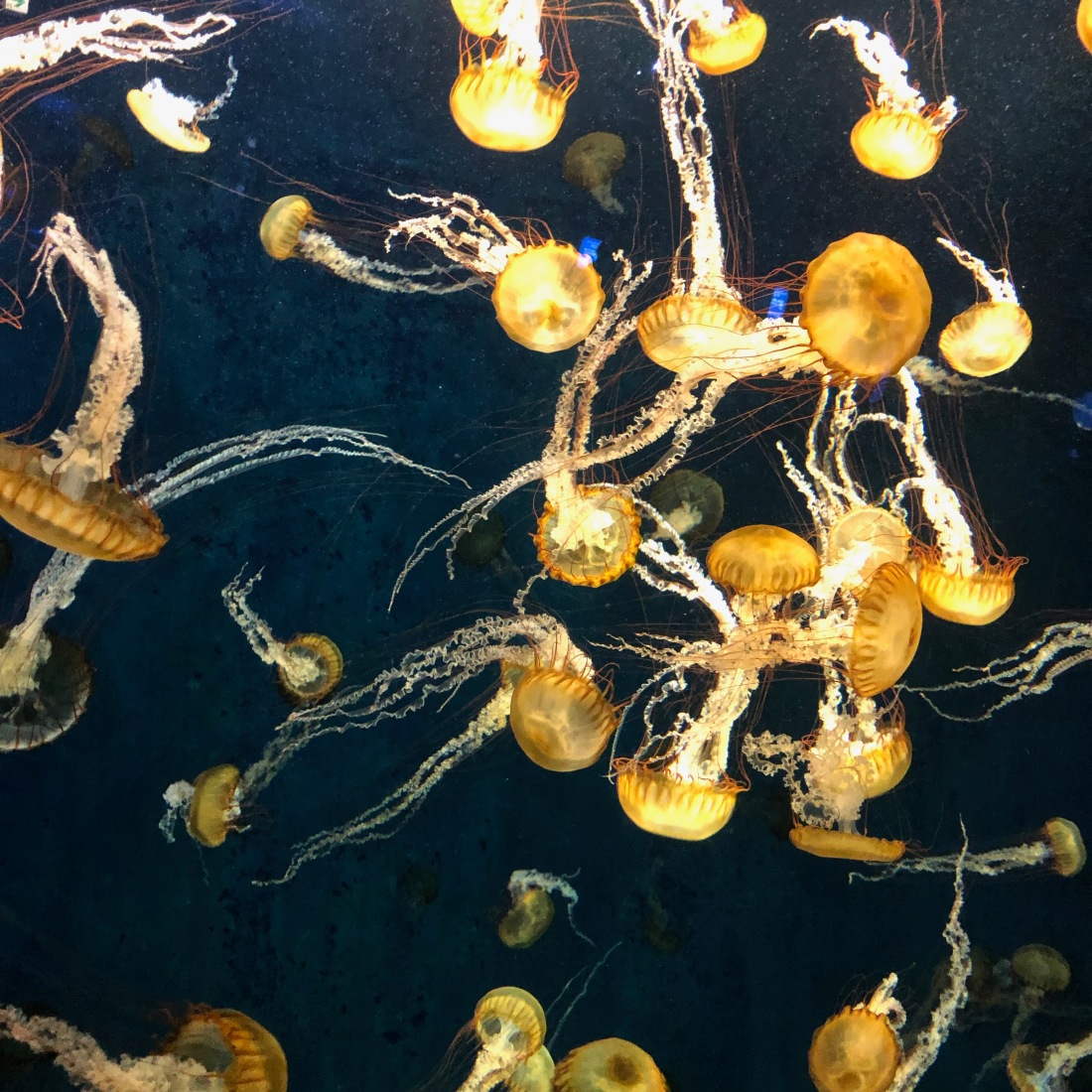 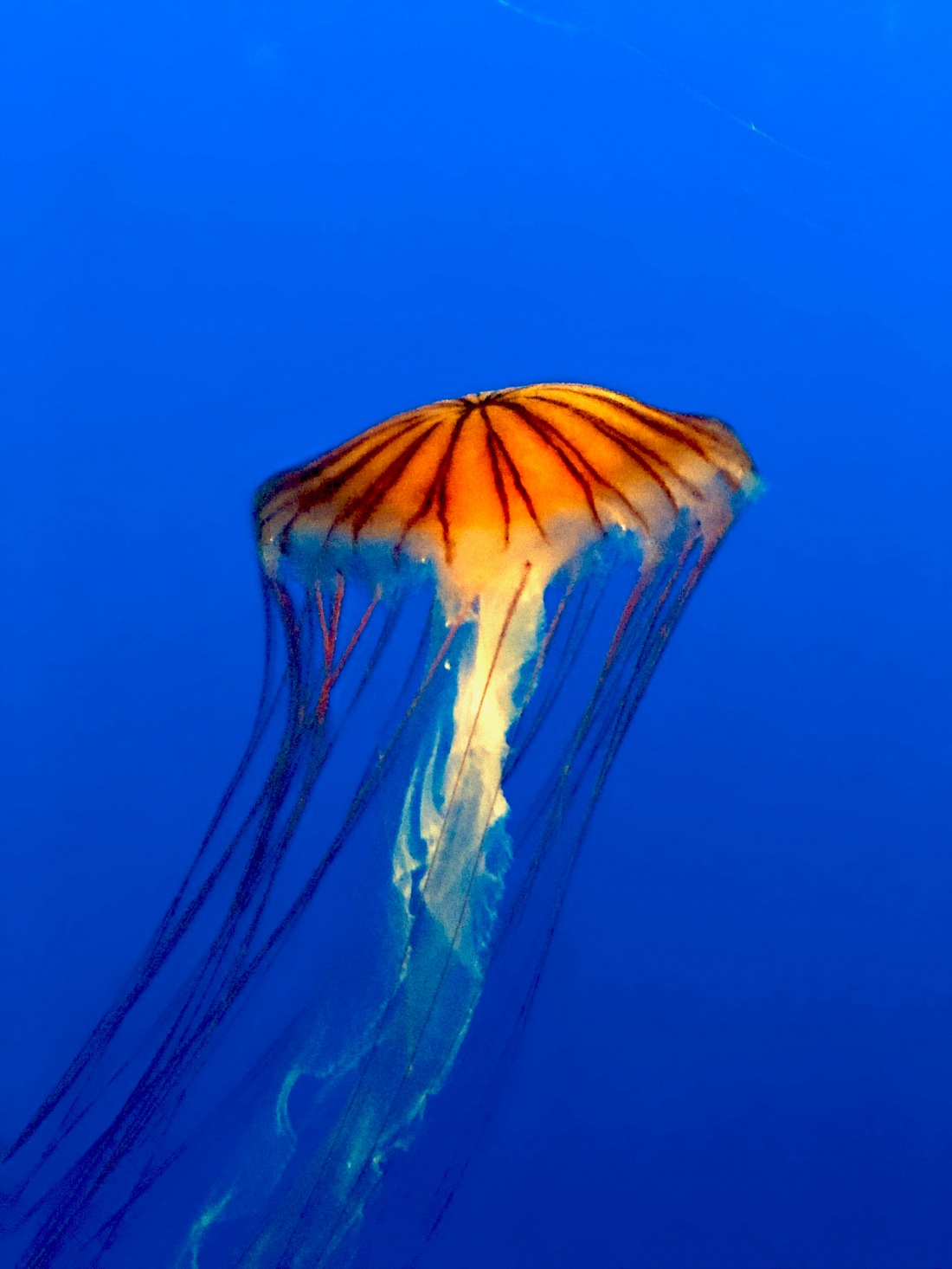 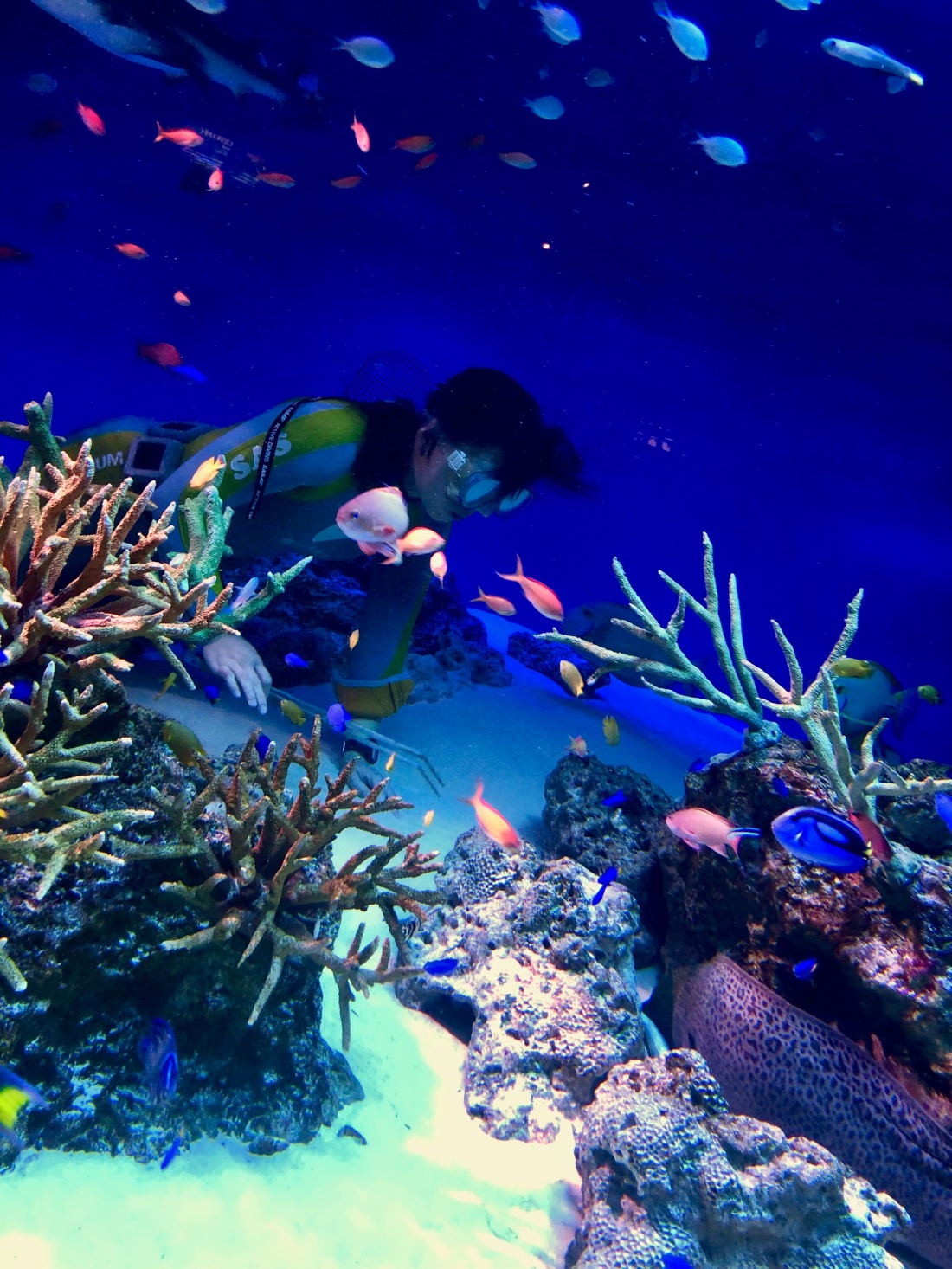 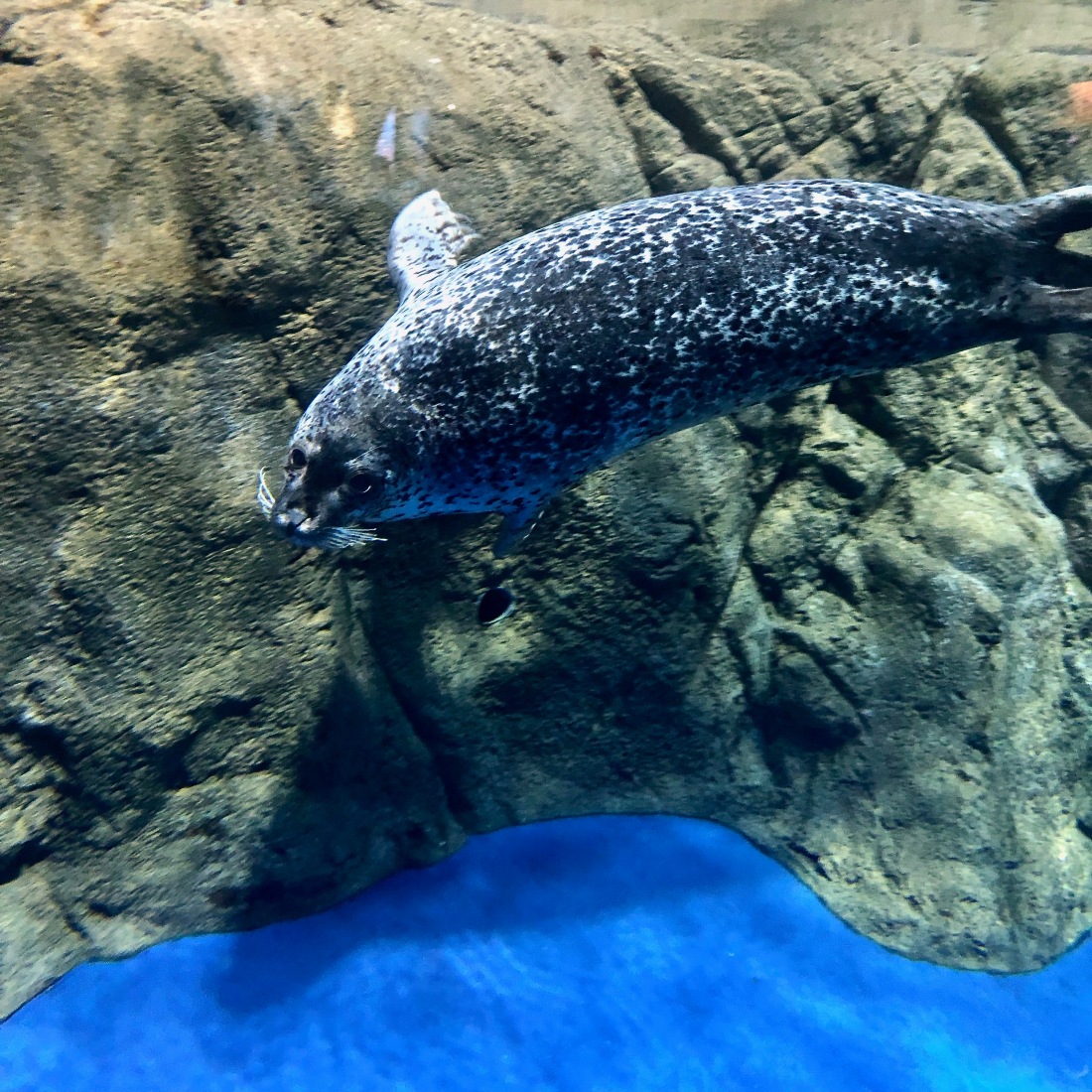 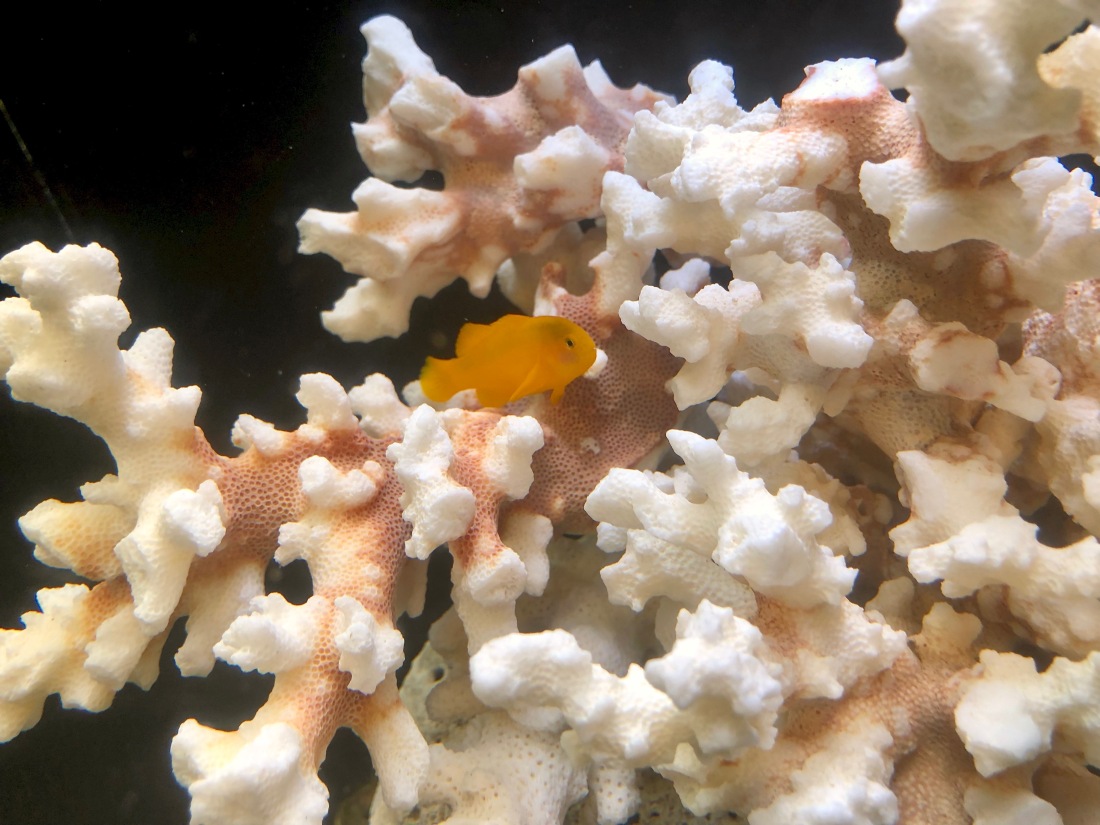 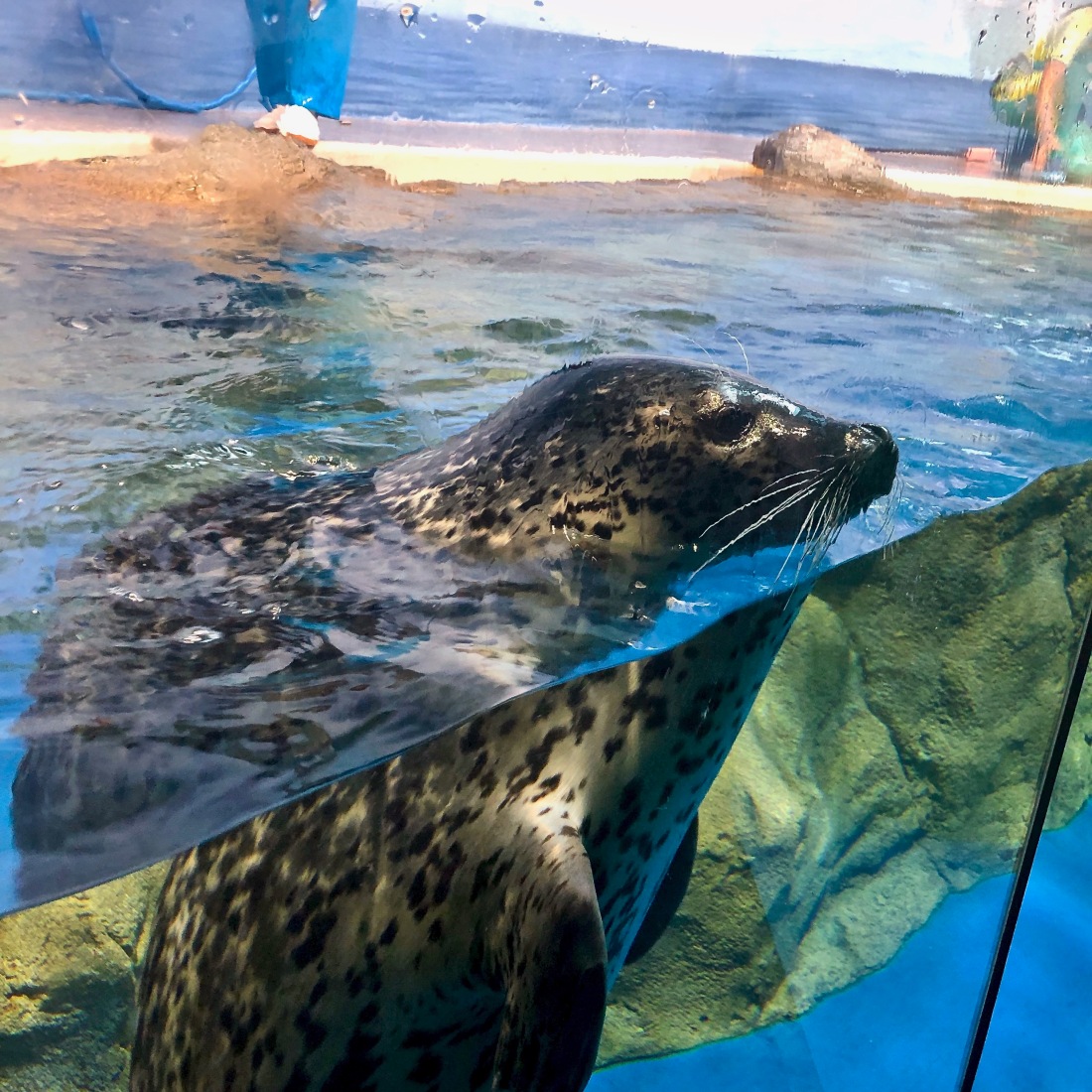 Once we had of fill of the aquatic wonders, we took a stroll over the Enoshima Bentenbashi Bridge to the actual Island of Enoshima to try and find the tides pools and perhaps the Iwaya Caves. Once on the Island we continued straight ahead towards the Hetsunomiya main shrine. We didn’t climb the steps to cross the tori gate and enter. Instead, we continued on with good ol’ google maps directions and veered off. A short walk up hill later, we ended up wandering through Okutsunomiya Shrine grounds, the oldest shrine of Enoshima. We happened upon the Wadatsumi-the dragon shrine and had to take a few minutes to snap photos of the large dragon sculpture on top.

A few more steps further and there was a steep downward stairway right in front of a restaurant that took us down through thick greenery that gave way to views of the sea. I later found out that this view point is called  Chigogafuchi Abyss viewpoint. The name Chigogafuchi (which means “abyss of the servant child in a temple”, cheery, right?) comes from a tragic story that two servant children of a temple in Kamakura had committed suicide here during Edo era. A really beautiful view with a tragic history.

We continued to take another set of stairs down to the shore below the cliff or explore all the tide pools and watch the wave start to come in. Sadly Iwaya cave 2 had been closed recently to the public when we were there and I didn’t understand that there were actually 2 cave and that cave 1 may or may not have been open so we spent all of our time just wandering from one tide pool to the next checking out most of the rocky shore until it unexpectedly started raining on us. We took that as our queue to head back to the car and home. 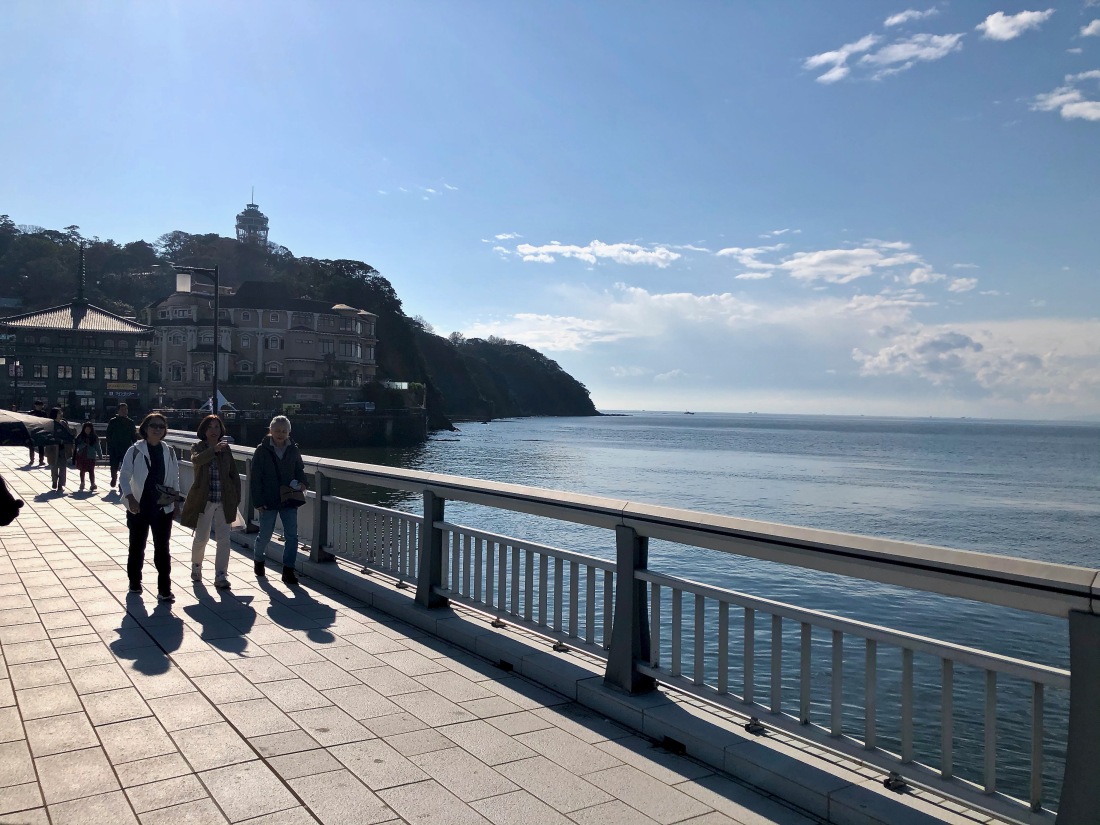 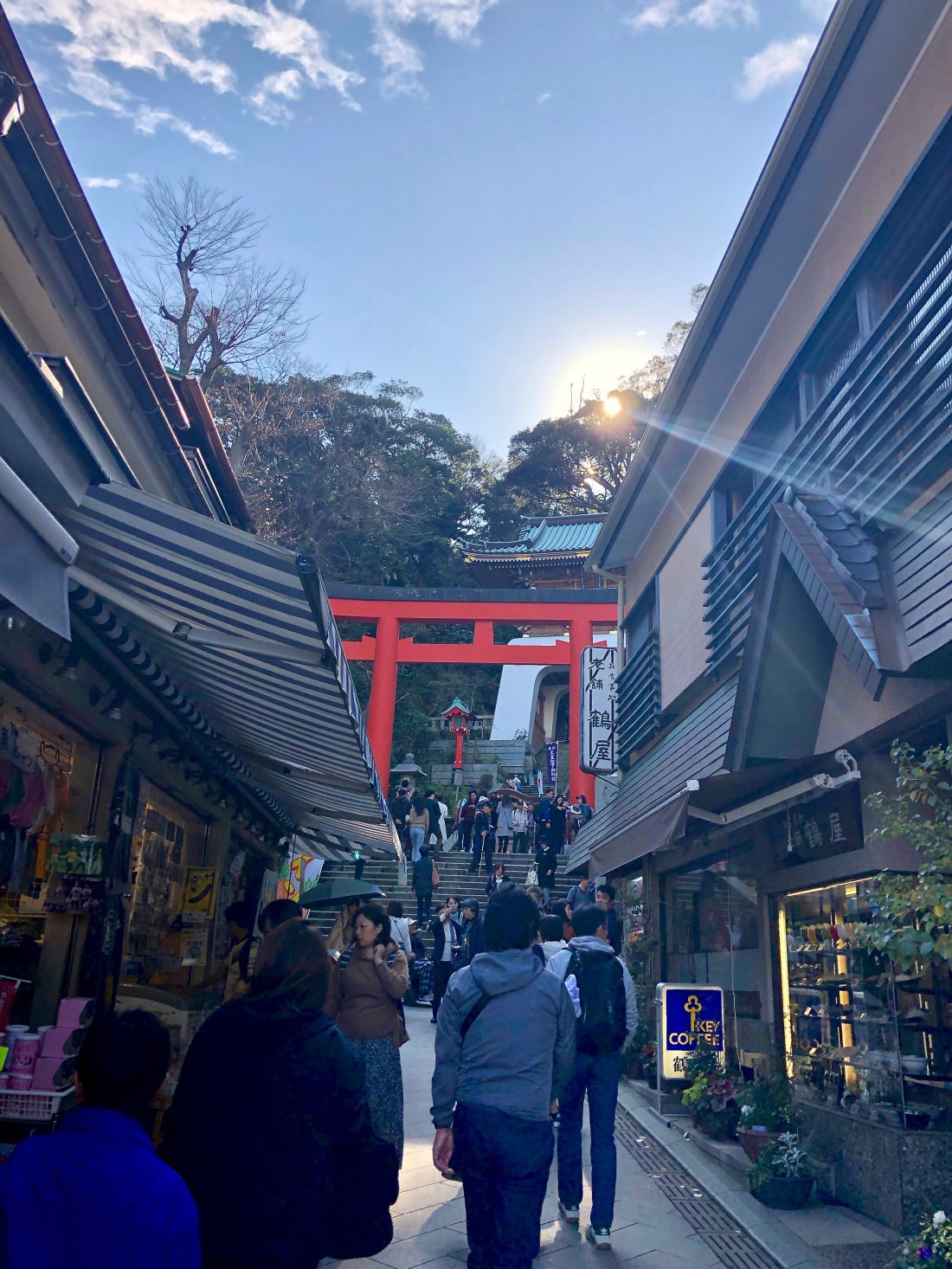 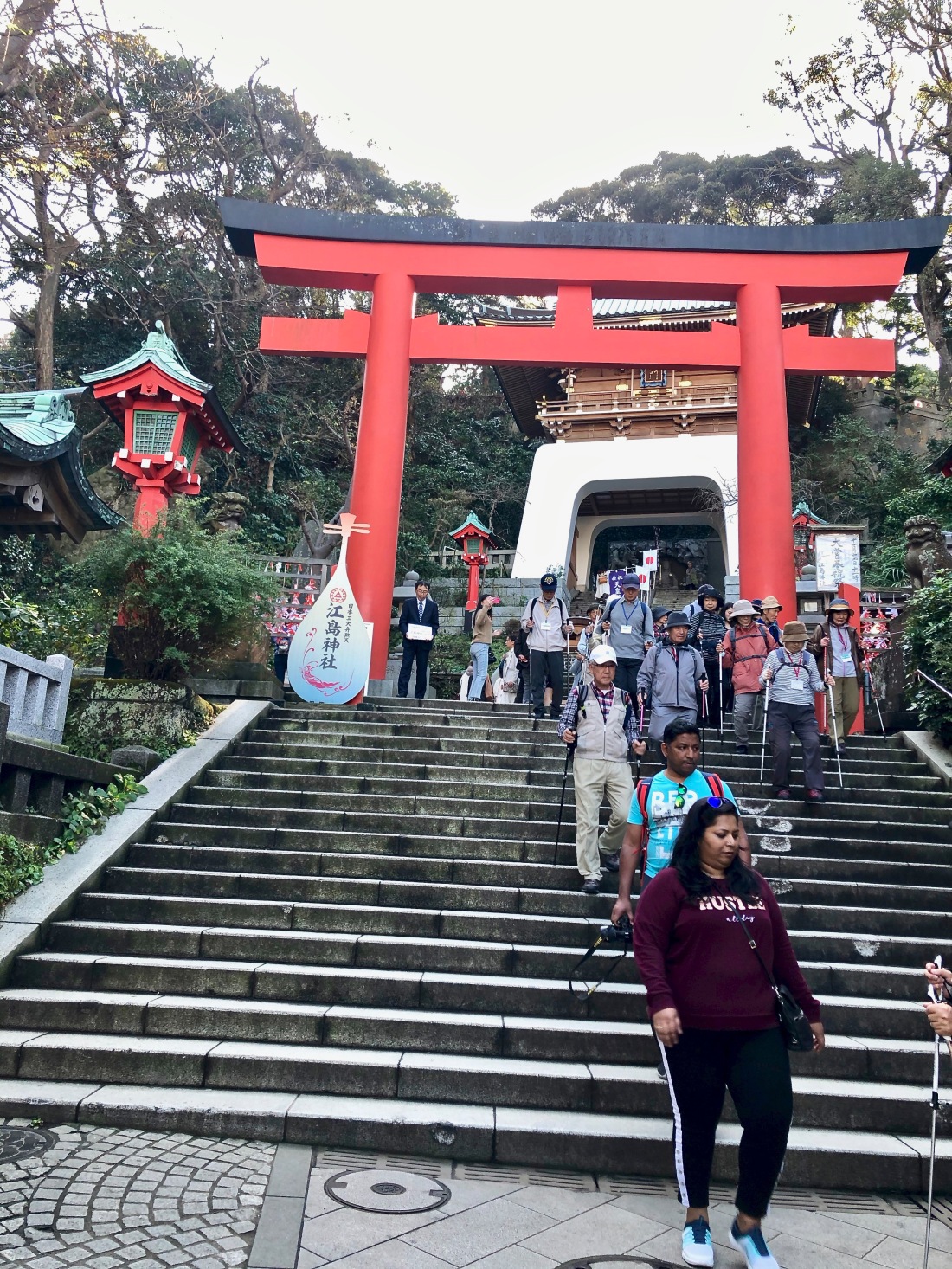 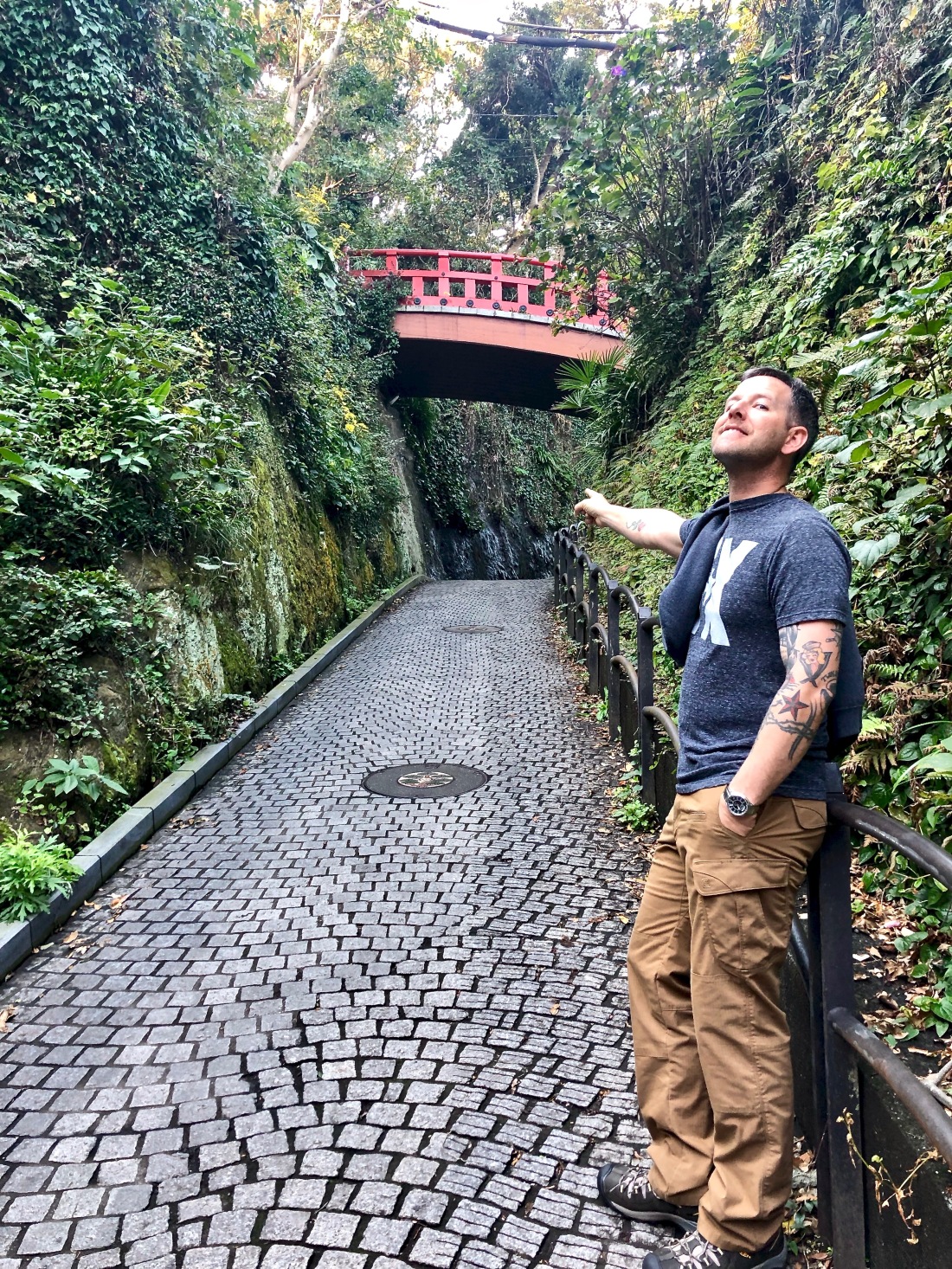 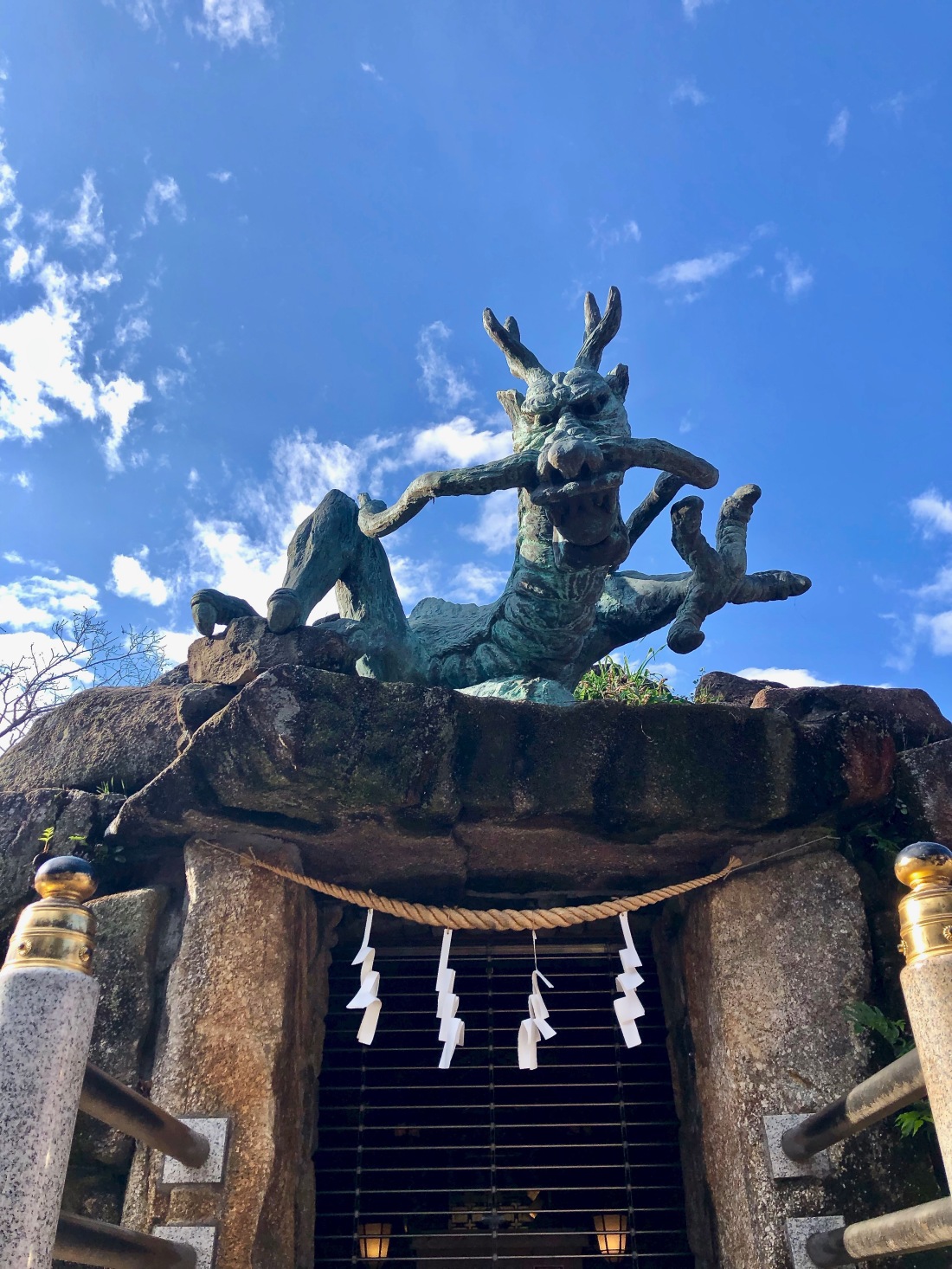 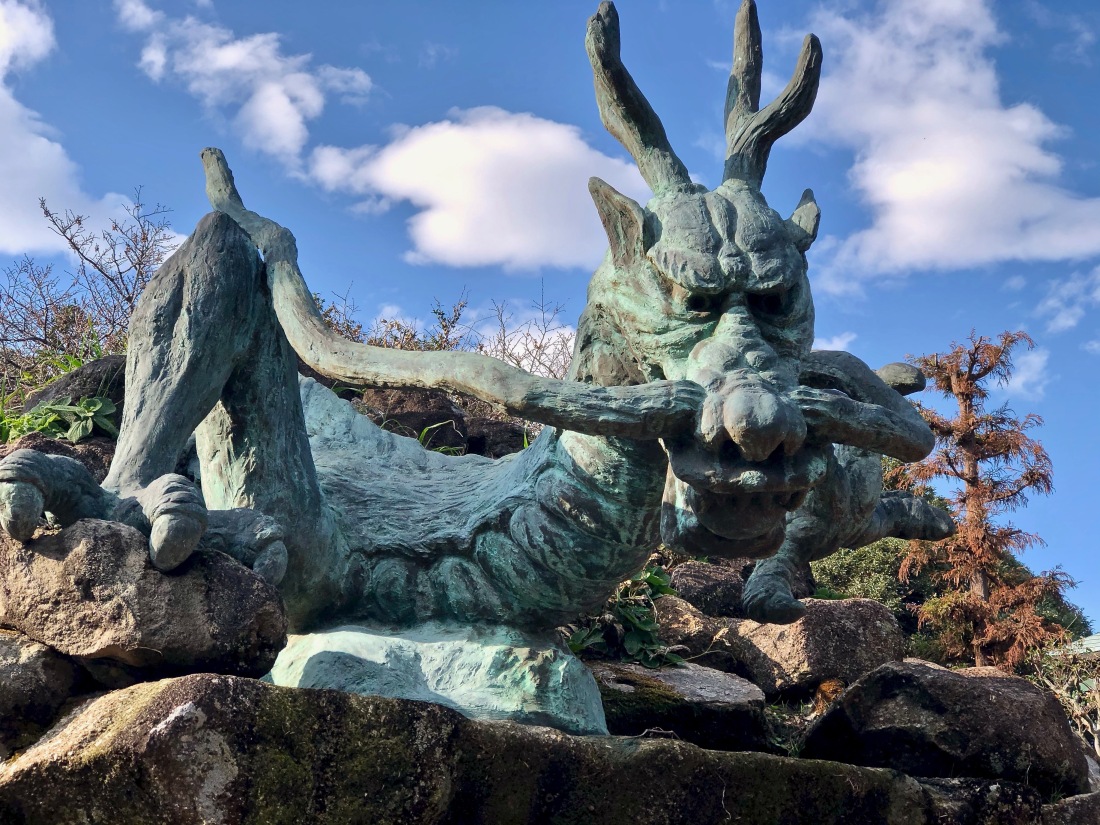 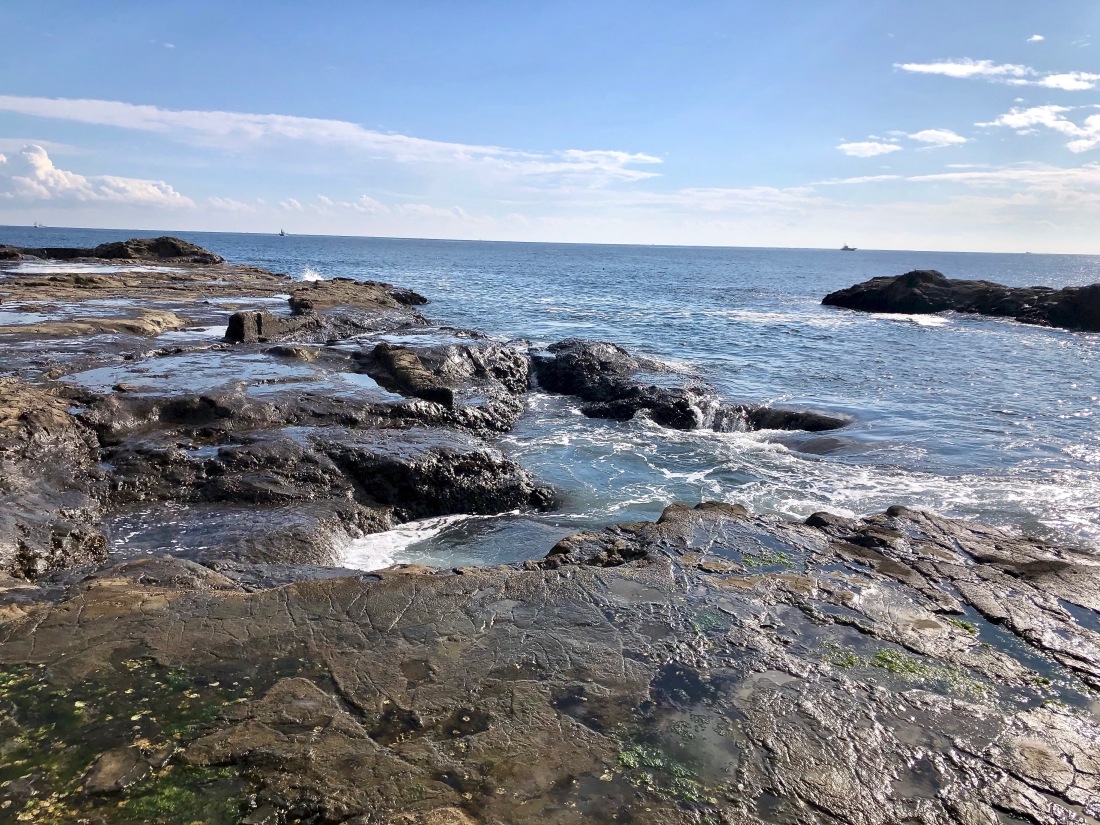 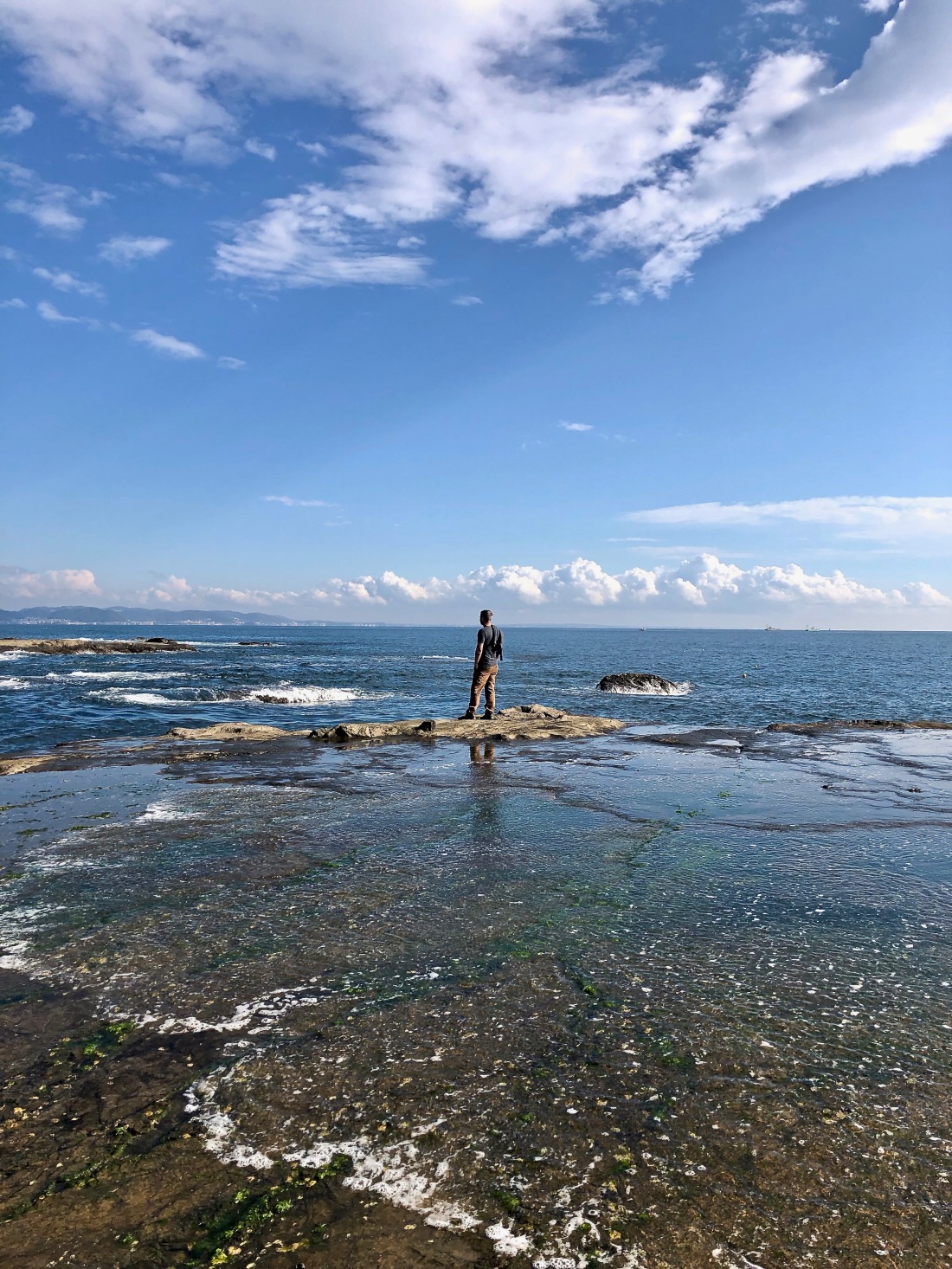 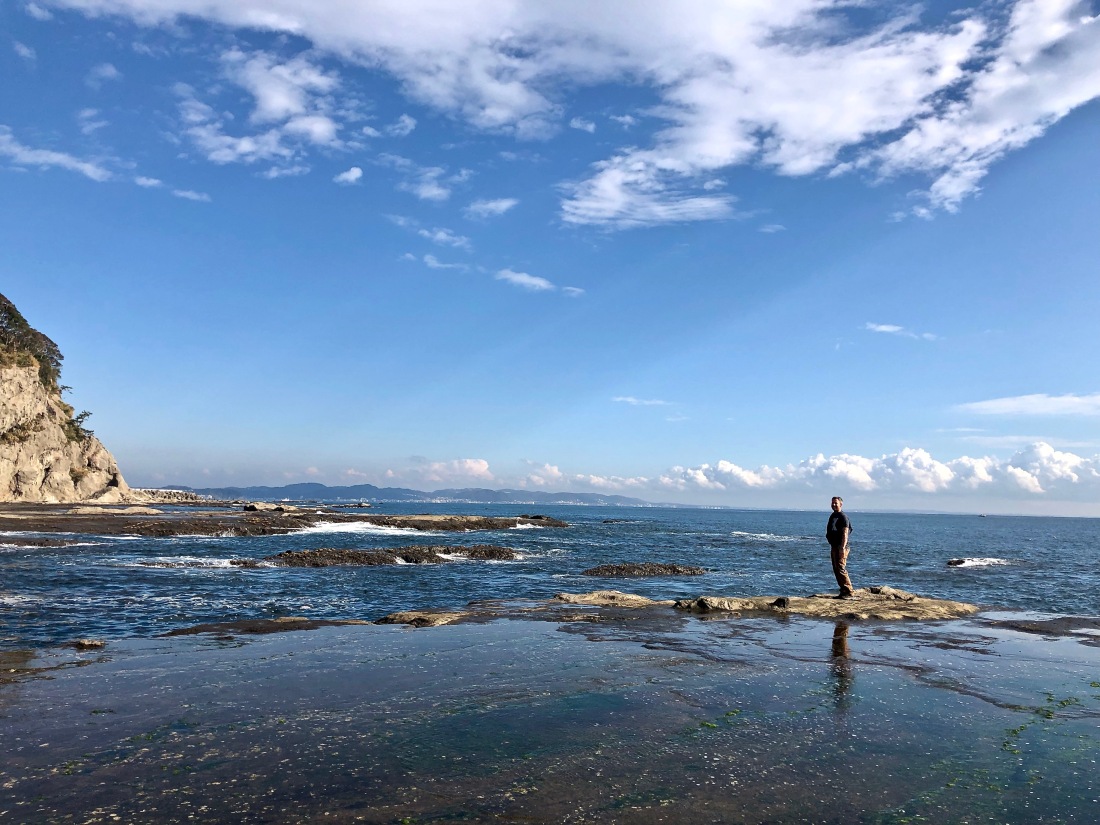 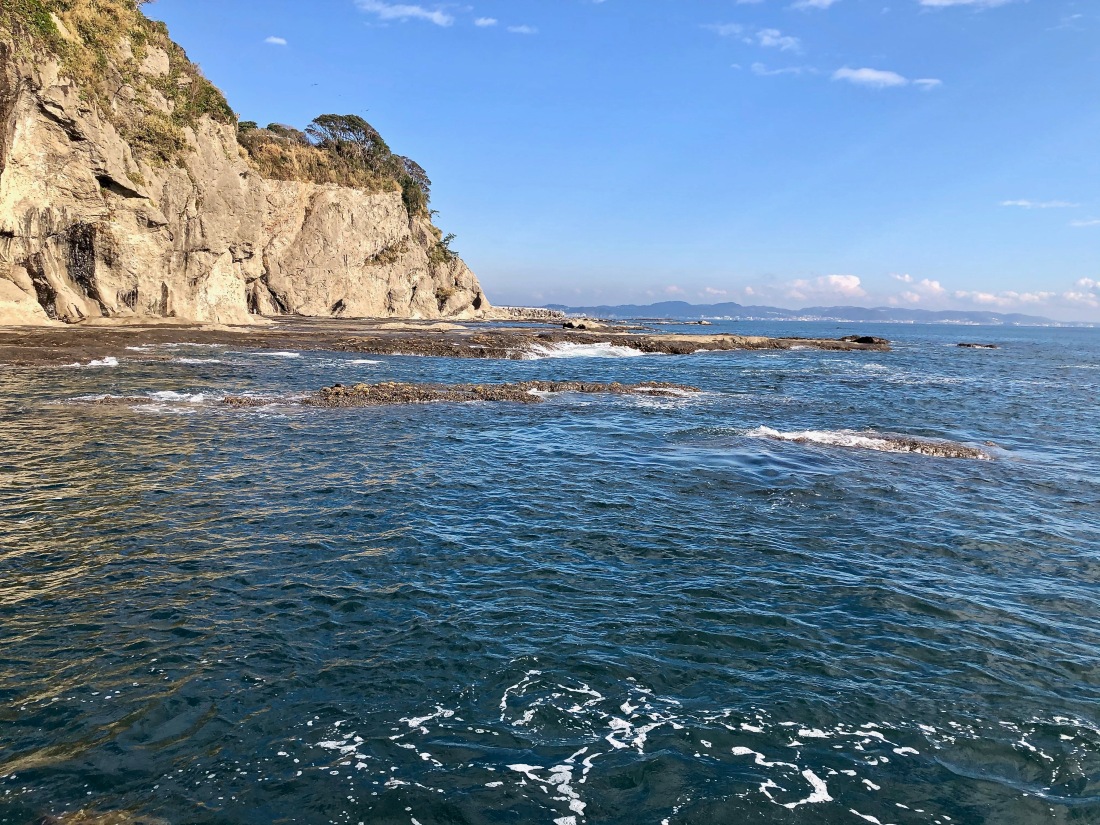 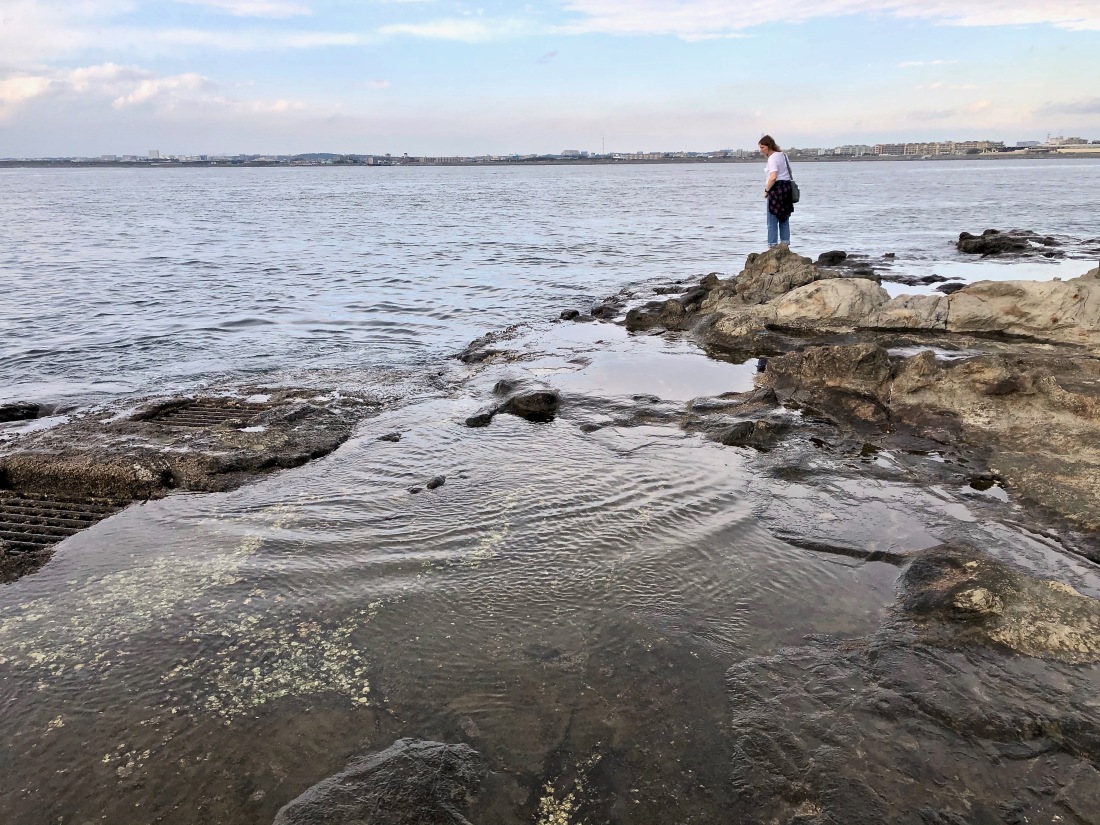 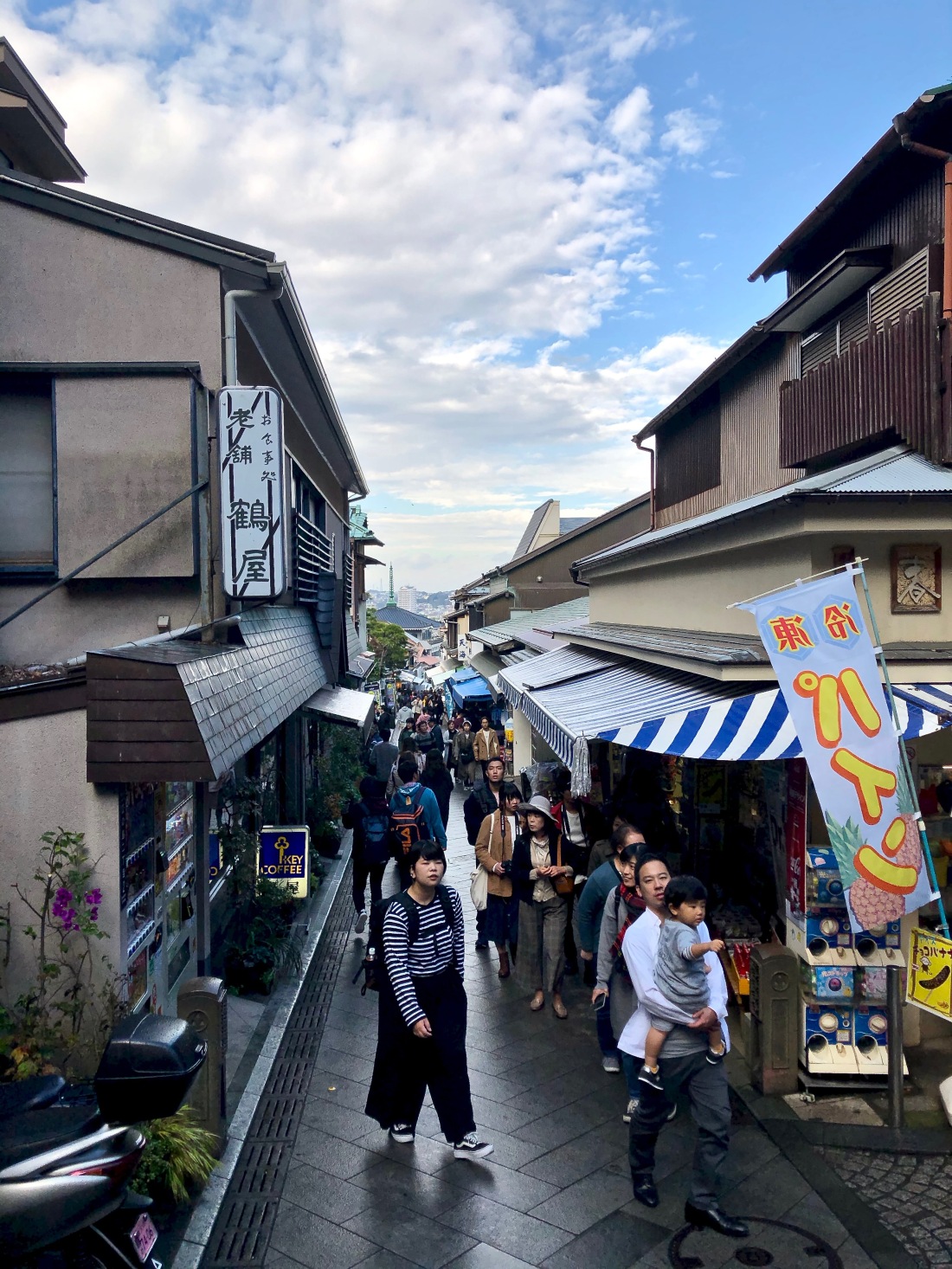 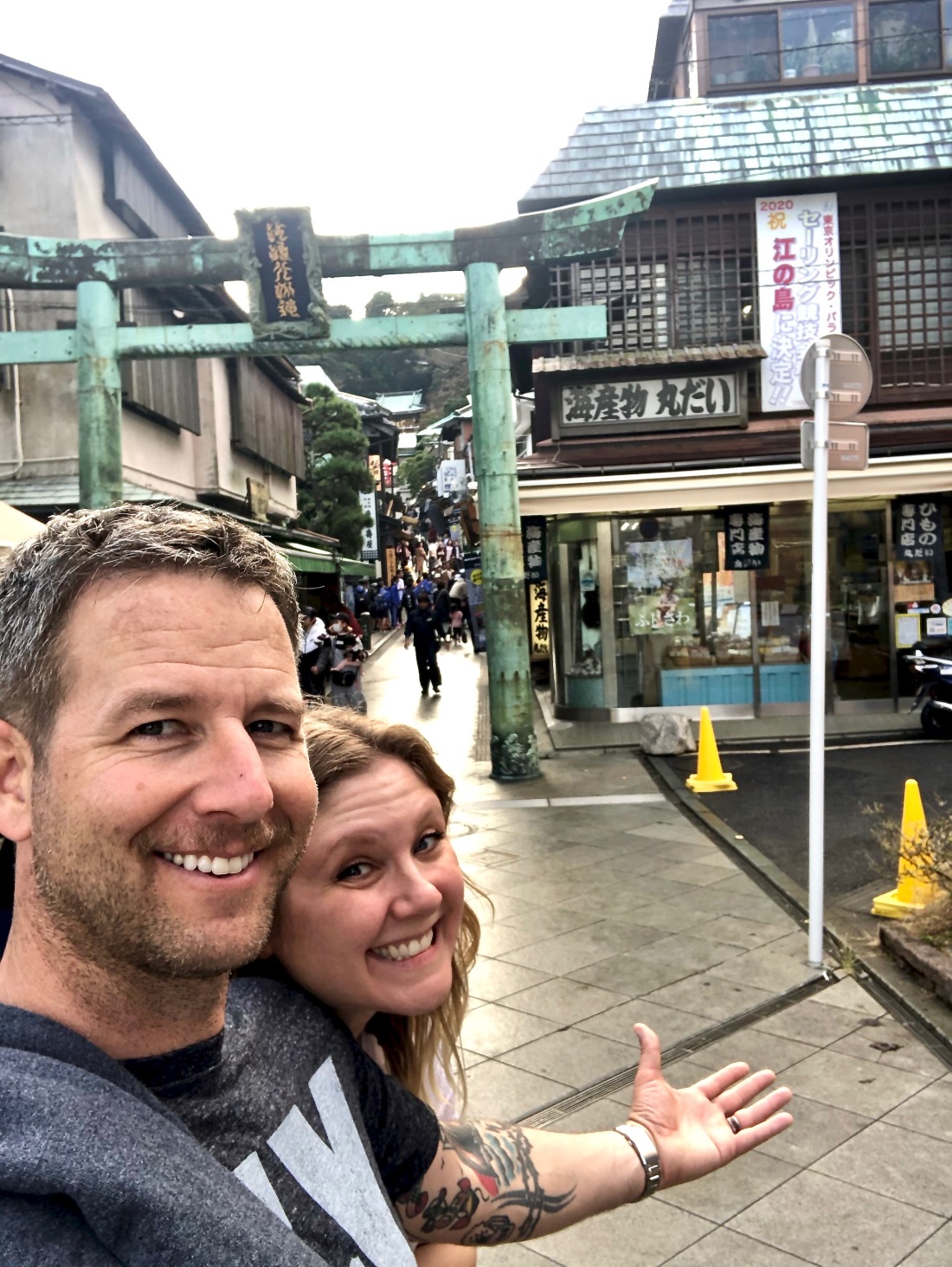 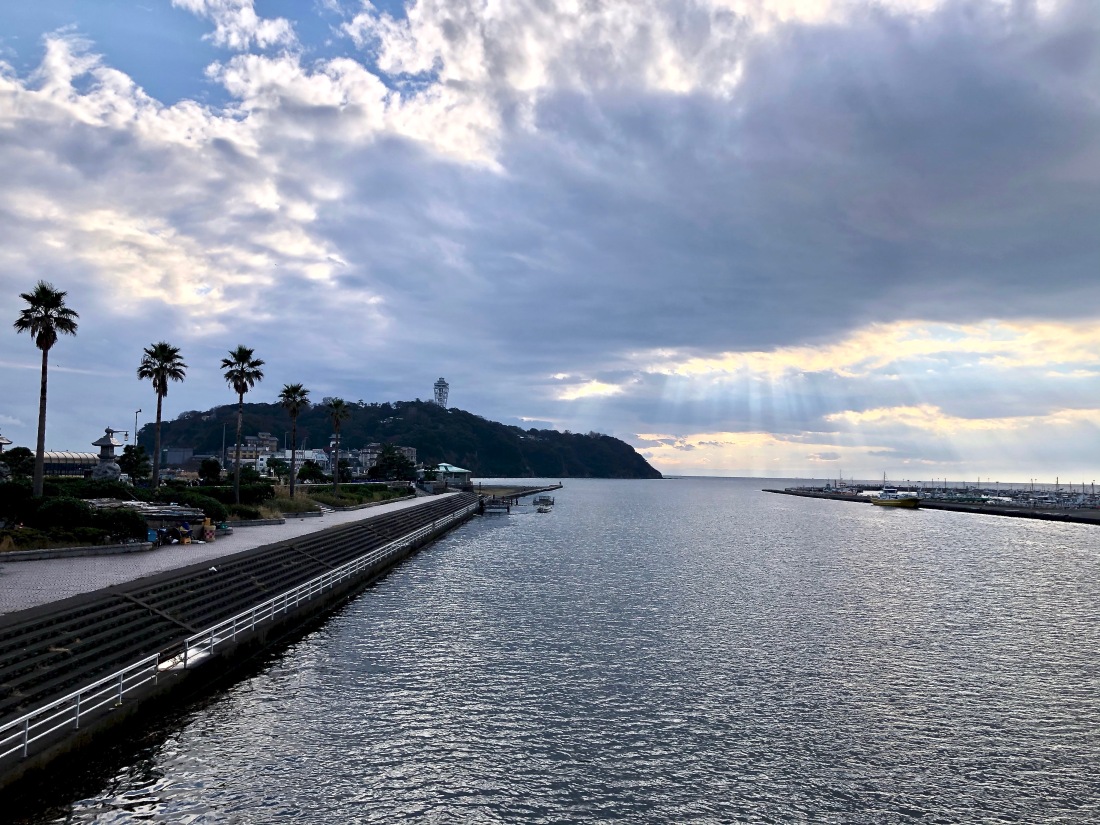 I would love to go back and explore the island a bit more. The initial street up to the main shrine was lined with all kinds of small trinket and sweets shops. Small restaurants with amazing views of the sea and shore peppered the peak before we headed down the stairs to the shore. I’d love to find one to sit in and enjoy a hot bowl of ramen and watch the tide roll in or out. I’ve learned about a few other interesting sights (other than the cave we missed out on) like Nishiura Cove to see Mt. Fuji and the sunset, Sea Candle and Samuel Cocking Garden, walk the Oiwaya-michi pilgrimage way or even just spend more time exploring all the shops on Nakamise Street. I’ll just add it to the already very long list.

View all posts by Christan

This site uses Akismet to reduce spam. Learn how your comment data is processed.